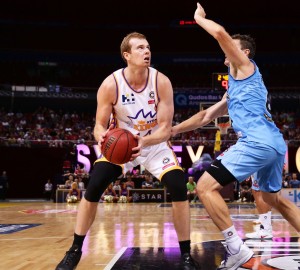 A former NBL superstar, Tom Garlepp, now uses his wealth of experience and his high basketball IQ to coach the next generation.

Debuting for the Adelaide 36ers in the 2009/10 NBL season, Tom moved to The Gold Coast Blaze in 2010 where he would spend the next two years. In 2012, Tom signed with the Sydney Kings where he would show great improvement.

In 2015, Tom Garlepp broke out, posting a career high in points (42), rebounds (13), assists (8), steals (3) and blocks (6) whilst playing in New Zealand. He followed this impressive season by earning the Sydney Kings MVP for the 2015/16 NBL season. Tom would finish off his NBL career with the Sydney Kings after the 2017/18 NBL season.

Following the tournament, Tom announced his retirement in 2018. Beginning the next chapter of his basketball career, coaching.

In 2019, Tom Garlepp was announced as the Sydney Uni Flames Assistant Coach for the 2019/20 WNBL season.