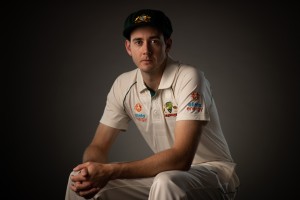 Kurtis Patterson kicked off his domestic career in tremendous fashion becoming the youngest batsman to record a century on debut at the age of 18 years and 206 days, scoring 157.

Continuing to develop his game with New South Wales, Kurtis had a breakout year in 2015. scoring 737 runs at an average 52.64 making him New South Wales leading run scorer and earning him a selection in the Australia A side in 2016.

In 2016, Kurtis made a name for himself in the Domestic one-day format averaging 49.40 for the season plus 77 not out in the Final to lift the New South Wales team to the title. In 2018, Kurtis was named the captain of the New South Wales one-day side.

In 2012, Kurtis made his Big Bash debut for the Sydney Sixers before moving to the Sydney Thunder in 2013. After his stint at the Thunder, Kurtis signed with the Perth Scorchers for the next 3 seasons.

In 2018, Kurtis was selected for the Cricket Australia XI against Sri Lanka in a pre-test warm up match. Posting a century in both innings, Kurtis was unbeaten and named player of the match. His incredible batting display earnt him a spot on the Australian Test side against Sri Lanka reliving his lifelong dream of receiving a baggy green on the 24th of January 2019. In the second test of the series Kurtis made his maiden international test century posting an impressive 114 not out, helping Australia to a 2-0 series victory.