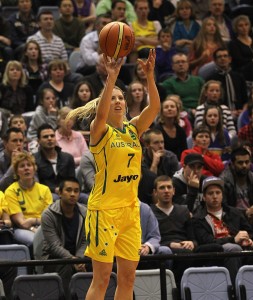 A legend of the WNBL, Carly Wilson’s career took her across the country. Representing the Dandenong Rangers, Australian Institute of Sport, the Perth Lynx and the Canberra Capitals in her WNBL career spanning across three decades.

Apart from her amazing success in the WNBL, Carly’s career also went abroad with a stint in France for French club Challes-les-Eaux Basket in 2009 as well representing Australia at the 2006 Commonwealth Games and the 2009 FIBA Oceania Women’s Championships where she claimed gold at both events.

Retiring from the WNBL at the end of the 2016/17 season, Carly turned her basketball knowledge down the avenue of coaching. In 2017 Carly was announced as the Assistant coach of the Canberra Capitals where they since have won 2 WNBL championships.